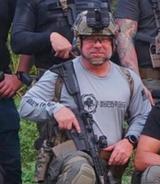 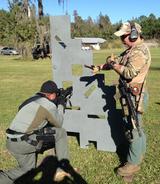 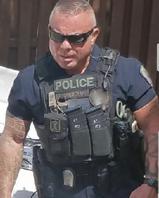 Carl Hannold who is fondly known to his teammates as "Hannibal", is a recently retired 30-year veteran of one of the largest police departments in south Florida.  During his tenure he spent over 8 years on his departments SWAT Team working as an Entry Operator, Sniper, Close Quarters and Firearms Instructor, and Assistant Team Leader.   He is a FDLE certified firearms instructor and is a certified FLETC Active Shooter Instructor specializing in Single Officer Response.  Carl is also a life member of the NRA, a NRA certified pistol and rifle instructor.

​Carl is extremely well versed in the Active Shooter and Anti-Terrorism response.   He has attended Understanding the Psychological Dynamics of the Active Shooter and Managing Such a Threat from a Tactical Perspective.  He has furthered his education in this field by attending the FEMA Emergency Responder Hazardous Materials Technician for CBRNE Incidents School; DHS Initial Law Enforcement Response to Suicide Bomb Attacks the Mumbai, India Attack Presentation; the DOJ Law Enforcement Response to WMD Incidents and the Law Enforcement Guide to Understanding Islamist Terrorism.

As an Officer Survival Instructor, Carl developed his departments Tactical Refresher Course, which has evolved into the departments current block training system.  During Carl's 8 years  in his department's Training Unit, he was responsible for conducting all New Officer Orientation, Officer Inservice and Command Staff Training.

During his tour of duty, Officer Hannold has served as a Field Training Officer and as a member of the Tactical Impact Unit, Street Crimes Unit, Special Problems Unit and Motor Unit.  He has been assigned to the Street Narcotics Unit where he has conducted numerous plainclothes and undercover operations, and hundreds of narcotics search warrant entries.  While assigned to the departments Narcotics Unit, he was tasked with conducting all firearms related training, Buy Bust or Reverse Operations training, as well as all search warrant entry/CQB skills.  Carl continues his education by training continually with elite former Special Operations Trainers. 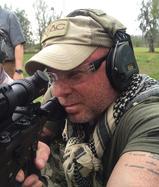